The 2017 Mercedes-AMG E43 is absolutely flawless! 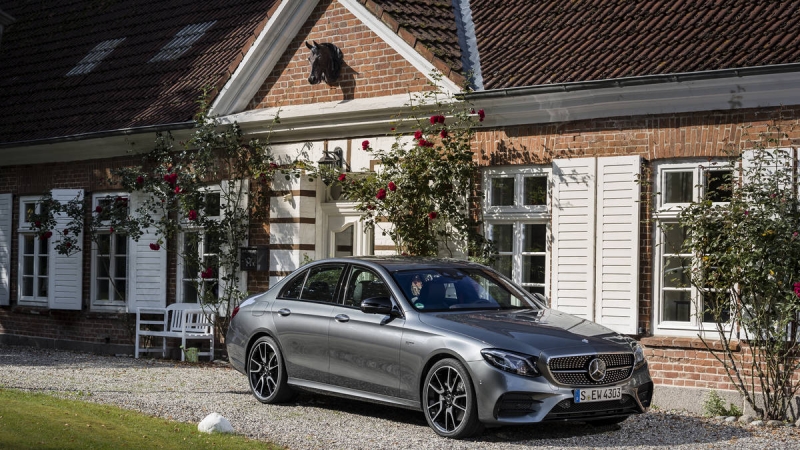 The new Mercedes-AMG is quick as expected, but also brainy with Drive Pilot.

As Mercedes-Benz launches its first upmarket variant of the all-new E-class sedan, that new car, the E43, continues to usher in a new era for AMG as well. Previously, AMG models were always the autobahn-inhaling, uncompromised hot rods of the range. Those cars still exist, denoted by their “63” or “65” nomenclature. Now, however, the mid-level sport versions also are adapting the AMG moniker, with the lesser number “43.” Already, there’s a Mercedes-AMG SLC43 roadster and GLE43 crossover coupe, with a C43 sedan, coupe, and convertible, plus a GLC43 crossover and crossover coupe all launching soon—not to mention the four-cylinder “45” AMGs, the CLA and the GLA. 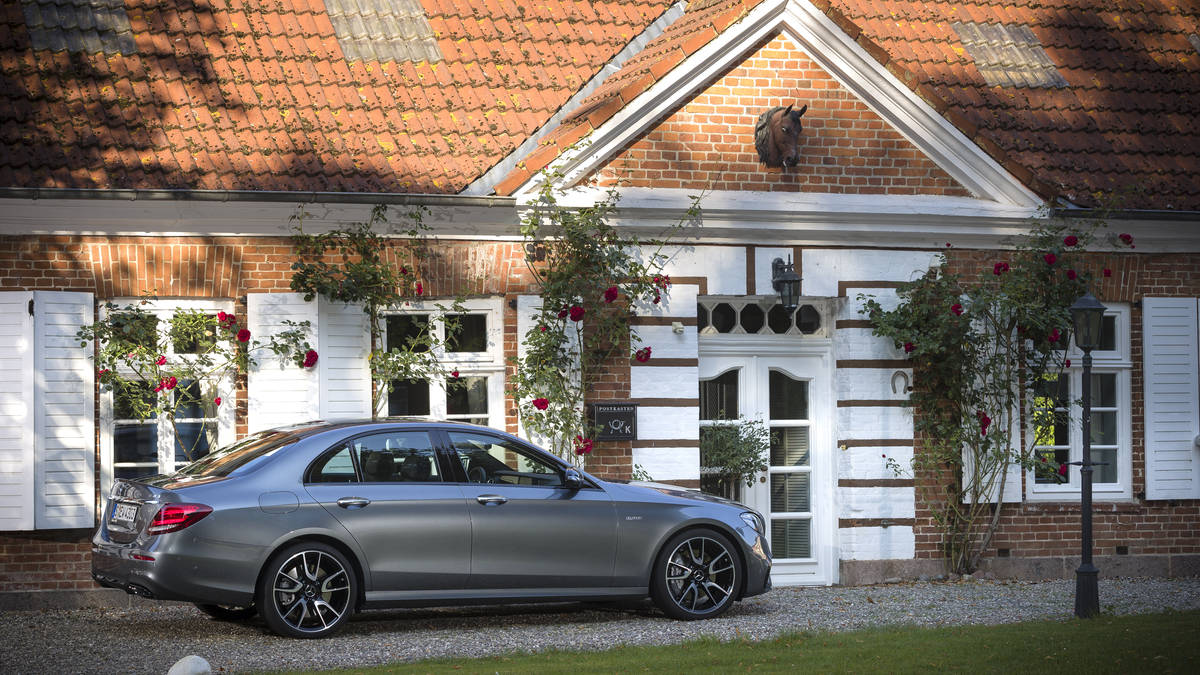 All AMG 43 cars use a 3.0-liter twin-turbo V-6, which makes 362 hp and 384 lb-ft of torque in the models that have already been released. For the E43, Affalterbach fitted larger turbos to coax out another 34 hp. It may not be hand-built and individually signed, as are other AMG engines, but the twin-turbo V-6, with its 396 hp and 384 lb-ft of torque, represents welcome increases of 145 hp and 113 lb-ft compared with the 2.0-liter turbo four in the E300. The blown six cuts the zero-to-60-mph sprint to 4.5 seconds, fully 2.0 seconds quicker than we timed the E300. If Mercedes’ times prove accurate, the E43 would just edge out the 420-hp Cadillac CTS V-Sport but trail the 450-hp Audi S6, which we clocked at 3.9 seconds (although some might put the Audi up against the full-zoot E63). 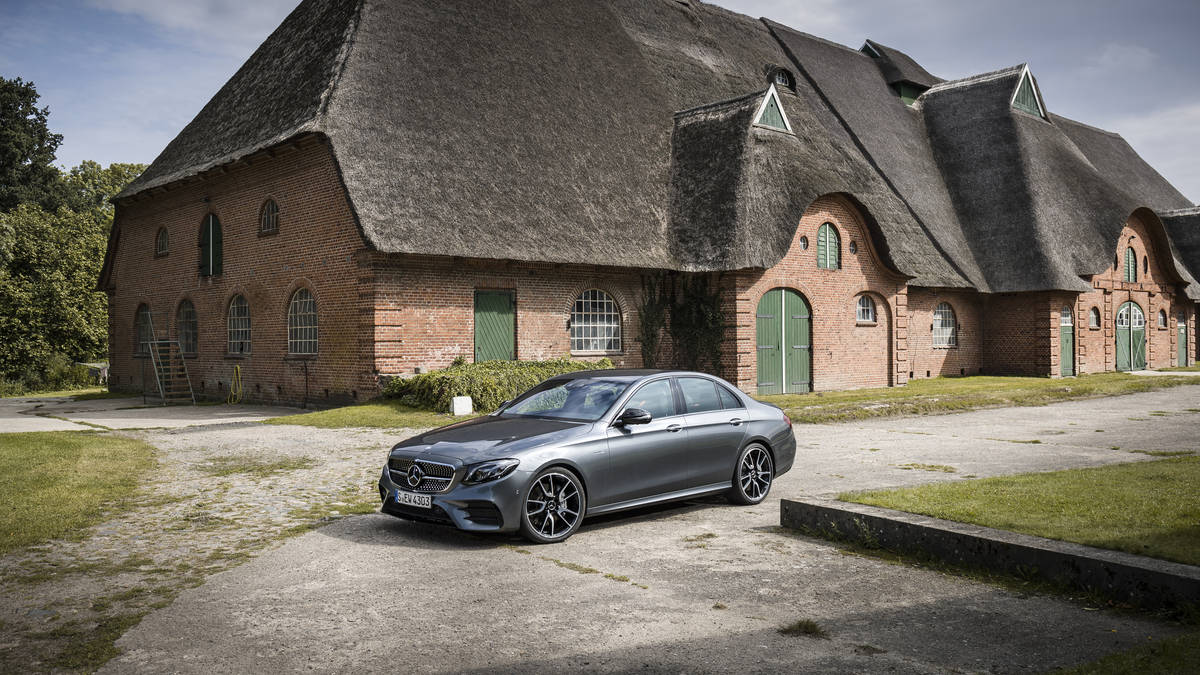 The engine is paired with an “AMG enhanced” quicker-shifting version of the nine-speed automatic transmission found in the E300. It retains the dainty column-stalk shifter but adds a button on the center console for direct access to Manual mode, in which paddle-actuated shifts are held to redline; the driver also can grab a paddle at any time, but the transmission reverts to automatic operation after a few seconds. For drivers inclined to use Manual mode, the button is a convenience, but the nine-speed is a pretty reliable partner when left to choose its own ratios, particularly in Sport and Sport+, where it readily downshifts under braking. All-wheel drive is standard, and AMG ups the rear torque bias to 69 percent. The brakes also are upgraded, to 14.2-inch rotors, with vented and cross-drilled fronts. 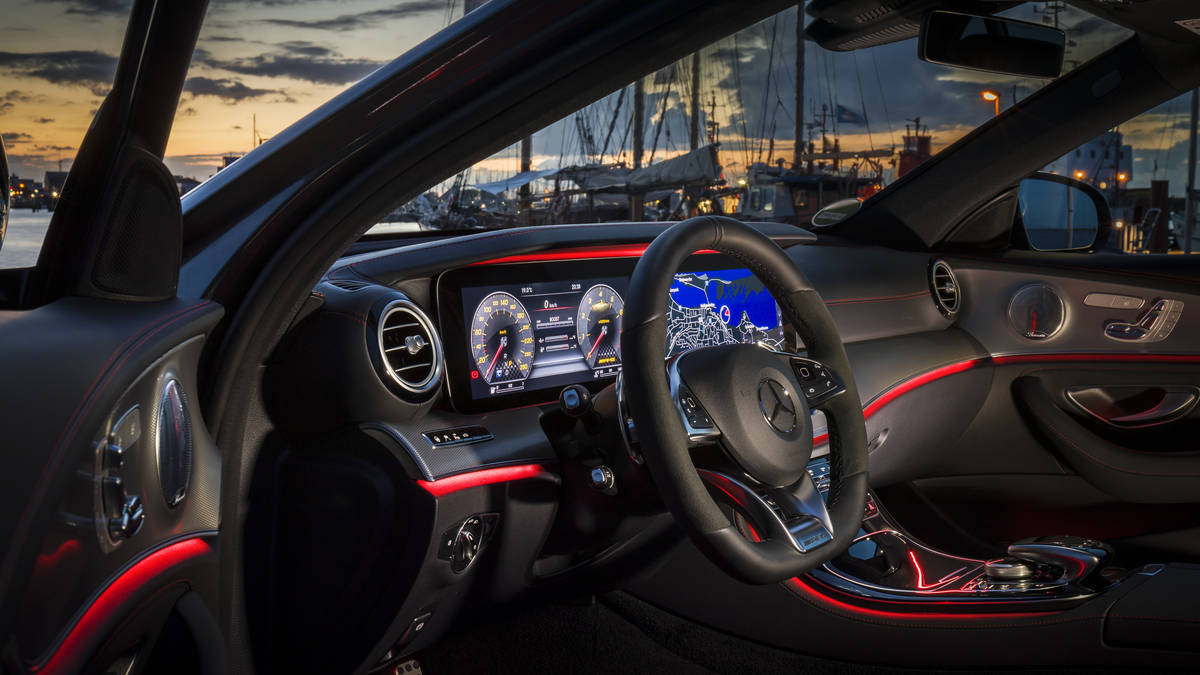 Inside, a black interior with red contrast stitching and red seatbelts is exclusive to the E43, although the regular E-class color schemes remain available. The standard sport seats are firmer than the well-cushioned thrones in the E300 and feature more pronounced side bolsters, which some may find confining. The 12.3-inch center display screen looks fantastic and is highly configurable. On the subject of high tech, the E43 naturally can be had with all the driver aids available on the standard E-class. Adaptive cruise control with forward-collision warning and automated emergency braking are standard; the other advanced technologies are options. We find the lane-keeping assist overly intrusive – if you transgress onto the line, it brakes the wheels on one side of the car to force it back into the lane – but the automated driving technology, Drive Pilot, is impressive. It smoothly steers the car for up to 60 seconds before an alarm dings to remind you to put your hands on the wheel or at least give it a nudge. It even will execute a pass, provided it’s safe to do so, if the driver activates the turn signal for two seconds. 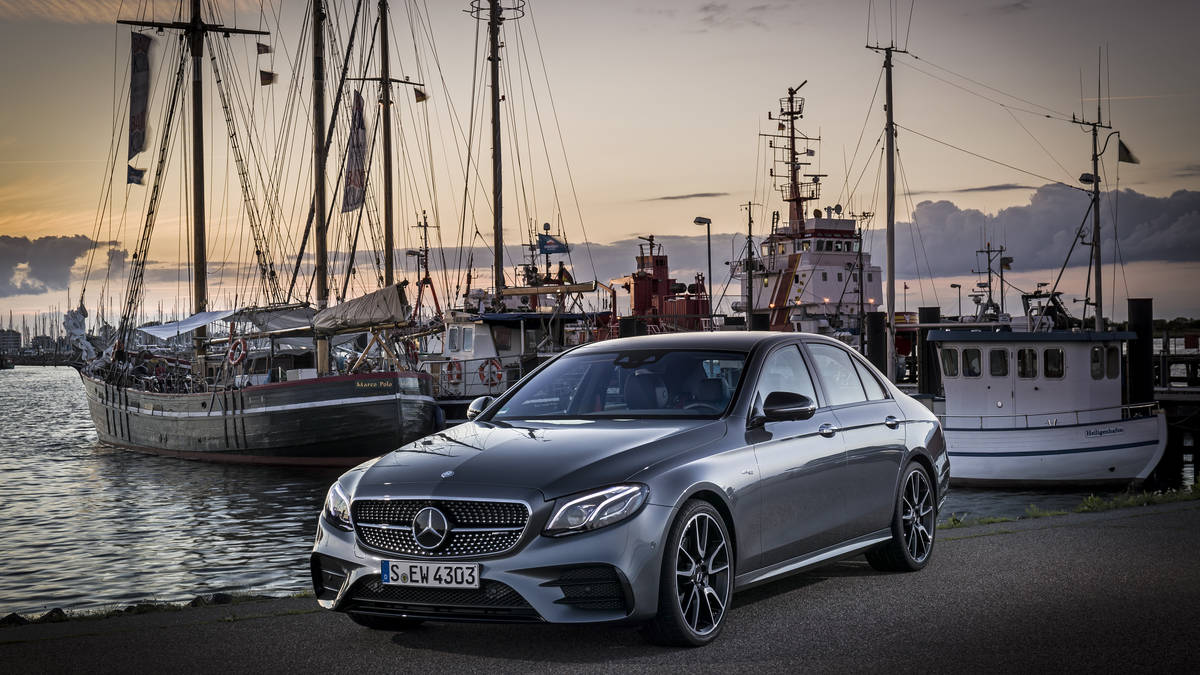 Pricing is not available now, but it is expected that it will start at right around what a fully-loaded E300 retails for – somewhere between $70-80,000. To put that in perspective, the outgoing E63 sedan was a $100,000-plus proposition, while the C63 starts at $65,000. Unless you need the extra hip room the E43 is a tough sell next to the smaller, more sporting C63 stablemate. It'll be outgunned by an Audi S6, but is likely to undercut its closest BMW rival, the M5, by thousands.